International Dialogue:
Federalism of the Future – The Future of Federalism 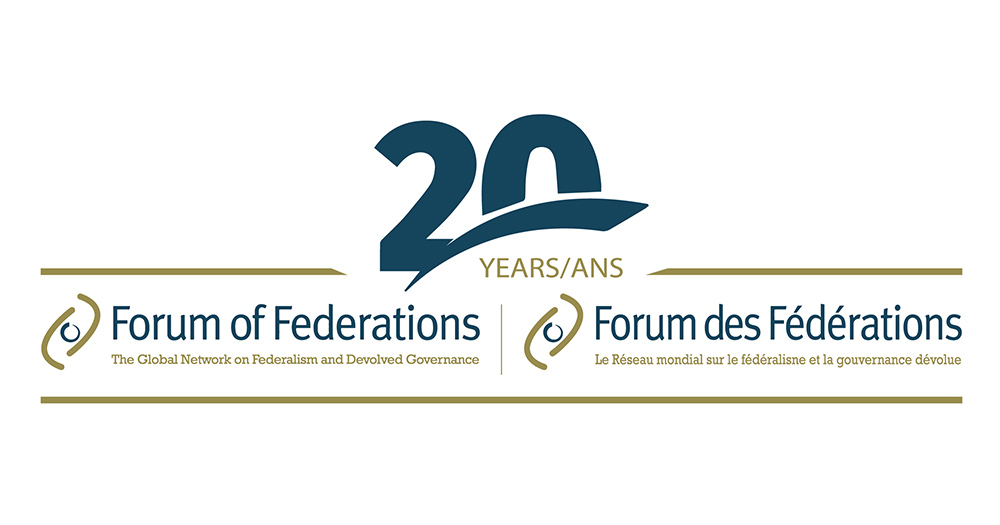 The Future of Federalism

For 20 years, the Forum of Federations (the Forum) has developed and shared comparative expertise on the practice of federal and multilevel governance around the world. The Forum's unique global network, body of intellectual capital, and resource library has supported stakeholders to address their governance challenges and develop better federal and multilevel structures, institutions, and policies.

The Forum's accomplishments over the past two decades reflect its core mission of strengthening inclusive and responsive governance, including pluralism and gender equality in federal, decentralized, and transitioning countries.

Governments worldwide face long-term environmental, political, demographic and fiscal challenges, which will require a concerted and coordinated approach to overcome. The distinct governance practices that evolve within federal and multilevel systems provide valuable learning opportunities across jurisdictions searching for solutions.

To commemorate the 20th anniversary of the organization's founding, the Forum is pleased to host this series of webinars convening world-leading experts to examine these critical issues of federal and multilevel governance.

(French)
“The federal idea has never been more relevant. From providing a basis for resolving violent conflict, to inclusive post-COVID recovery, and acting as a brake against democratic backsliding, federalism is an important tool for building inclusive resilient societies.”

It is widely recognized by policy-makers and scholars that climate change is a problem of multi-scale and multi-level governance. Greenhouse gas emissions result from actions taken at the global, regional, local and individual levels. Furthermore, the impacts of climate change affect ecological processes, ecosystems, and populations at and across a diversity of scales and boundaries. As such, an effective response to the climate crisis involves multiple actors, and this approach is explicitly enshrined in the 2015 Paris Agreement, which recognizes that provinces, states, and municipalities have a critical role to play in contributing to the realization of climate mitigation and adaptation objectives.

Federal and decentralized governance is likely to play a central role in addressing the climate crisis around the world. The majority of the largest emitters are either federations or countries with decentralized governance systems. The successful realization of the world’s climate mitigation objectives in these countries thus depends, in large part, on whether and how governments within federal and decentralized countries can cooperate to reduce carbon emissions and catalyze the emergence of low-carbon societies. In addition, as the emerging and likely consequences of a changing climate become increasingly apparent, governments at different levels need to step up their efforts on adapting to climate change.

A unique feature of responding to climate change in the context of a federation is that policy-making over environmental matters may be shared between, and require the engagement of, governments at the federal and subnational levels. This webinar will address the questions of what challenges of intergovernmental cooperation and coordination the multilevel governance systems face when designing and implementing climate change policies, and how they are addressed by respective governments.

Canada Research Chair in Human Rights, Health, and the Environment and Assistant Professor in the McGill University Faculty of Law, Canada

Former Minister-President of the Federal Free State of Saxony, Germany 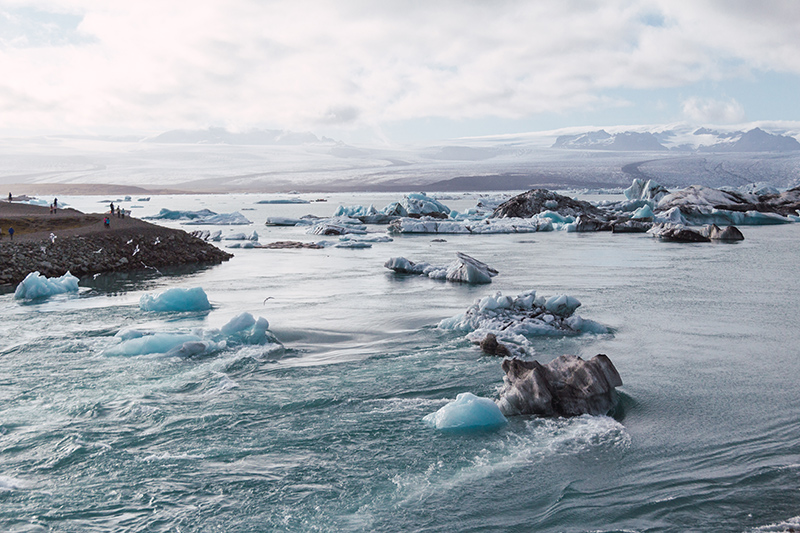 Fragile states pose a unique challenge for the development community. While no two are identical, fragile states are more likely to experience higher rates of poverty, violence, regional instability, social or ethnic division, and weak or missing institutions. In many fragile states, in an attempt to sustain peace, accommodation and stability and to share power concepts such as devolution, decentralization and federalism are being brought into the political discourse.

Pathways for Peace, released in 2018 by the United Nations and World Bank, provides the most significant recognition of the importance of federalism and decentralization to reducing state fragility. It plainly asserts that federalism has “proven effective in many cases in reducing local violent conflict where there is horizontal inequality among groups […].” How federalism and local government can play a role in efforts to build state resilience in a discernible subset of fragile contexts, what the challenges and opportunities are, and which role the international (donor) community can play, are questions to be addressed in this webinar.

President and CEO, Forum of Federations 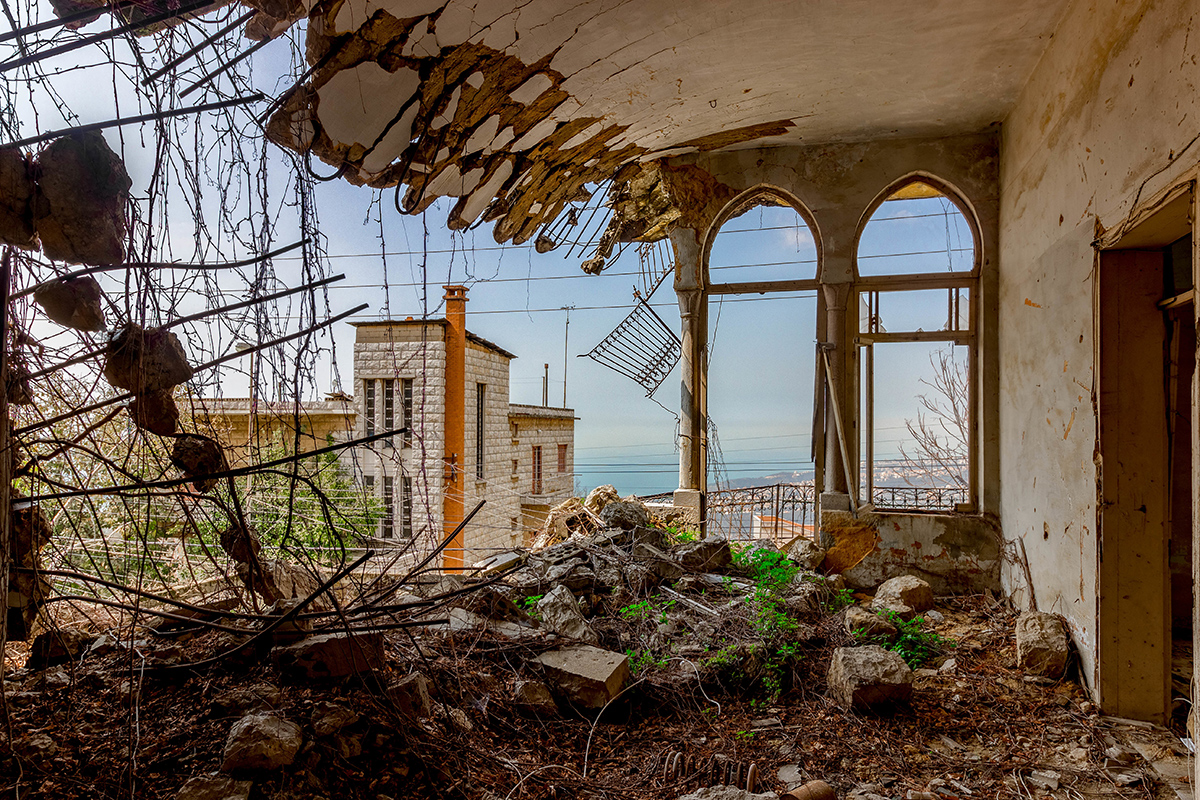 The 21st century has witnessed a rise in the number of cities that are home to more than 10 million people, commonly known as megacities. Currently, 12 percent of the world’s urban population lives in megacities – places such as Buenos Aires, Los Angeles, Mexico City, and Mumbai. Megacities are the same as metropolitan areas, which are urban agglomerations with a dense urban core and surrounding towns and villages that are dependent on it; their primary distinction with respect to other metropolitan areas is their size. Megacities are important generators of wealth, employment, and productivity growth and they are often the major engines of growth in their countries. Megacities often serve as regional hubs for people from nearby communities who come to work, shop, and use public services that are not available in their own communities.

Although more and more people are attracted to megacities because of the economic and social opportunities they offer, these very large cities face enormous and growing problems: transportation gridlock, inadequate affordable housing, widening income disparities, increased air and water pollution, the impact of climate change and, more recently, pandemics. These problems need to be addressed on a metropolitan-wide basis.

Yet, the governance of megacities is highly fragmented, and more so than for other cities, because of the large number of people and jurisdictions within their boundaries. Institutional fragmentation hampers the ability of megacities to coordinate services such as transportation and land use planning or economic development across multiple). Fragmentation also complicates policy coordination across the region, impedes revenue generation, and hampers the ability to redistribute income.

As a result of this fragmentation and the scale of the challenges megacities face, everything that megacities do requires intergovernmental coordination and cooperation: megacity problems require multi-level solutions. This webinar will examine key topics in the evolving governance of megacities in federal systems, including: intergovernmental collaboration on issues affecting megacities; the balance between regional and local interests in the context of a megacity; and the powers and resources megacities need to meet the needs of the people which live in them.

Director of the Institute on Municipal Finance and Governance (IMFG), Munk School of Global Affairs and Public Policy, University of Toronto 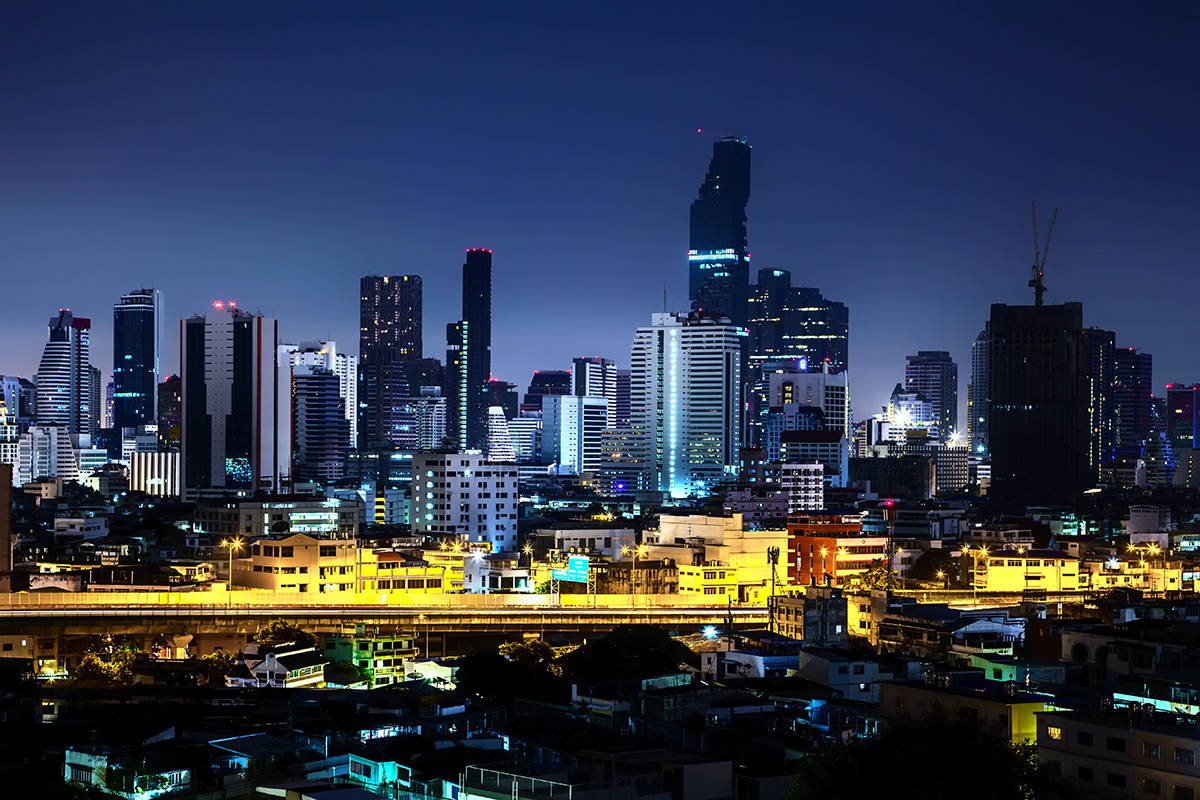 Federal states are often complex for citizens/taxpayers to figure out. They ask themselves: Which level of government is responsible for what? Which is taxing me, and for what? To whom do I complain, or whom do I praise?

Explaining federalism falls on the media, but in this world of people wanting instant news, explaining these complexities accurately becomes challenging. That the media would dive into the complexities of “equalization payments,” for example, which may total billions of dollars and keep various subnational budgets afloat, presumes the subject can be easily explained in ways that non-experts might understand. These assumptions can sometimes lead to inaccurate understanding or analysis.

The media, in Canada as in other federations, is split between regional and national outlets. As such, the split reflects the constitutional nature of federalism and the facts of population dispersal. In such circumstances, the media can sometimes reflect its local audience’s interests and perceptions more than challenging them.

In Canada – as in other countries – both national and regional media outlets have been shrinking as the media suffered huge losses in advertising and experience the younger generation’s preference for digital media. In the early years of the digital era, newspapers assumed that advertising would follow as eyeballs moved from the printed page to the screen. That assumption proved faulty and papers were forced to charge for access to their digital edition. But especially young readers had become so accustomed to getting news for free on television or the digital giants such as Google that they balked at paying for newspapers online.

What do these changes mean for media coverage in a federal country? Fewer journalists mean less news about everything from courts to politics, sports to culture, business to city governments. How will this impact on perceptions and understanding of federalism? And what impact could this have on citizen’s knowledge of governance issues and the accountability of governments in federal systems?

Journalist and author, former national affairs columnist at the Globe and Mail, recipient of the National Magazine Award for political writing and the National Newspaper Award for column writing, Canada

Member of the Nigerian National Assembly and Chairman, House Committee on Basic Education and Services, Nigeria

Journalist and Editor-in-Chief of Policy Options, the online magazine of the Institute for Research on Public Policy (IRPP), Canada

Political economy analyst, columnist and author of Accidental India: A History of the Nation’s Passage through Crisis and Change, India

Analyst on Security and Defence at Neue Zürcher Zeitung (NZZ) and previously an editor at Swiss public TV (SRF) 2009, Switzerland 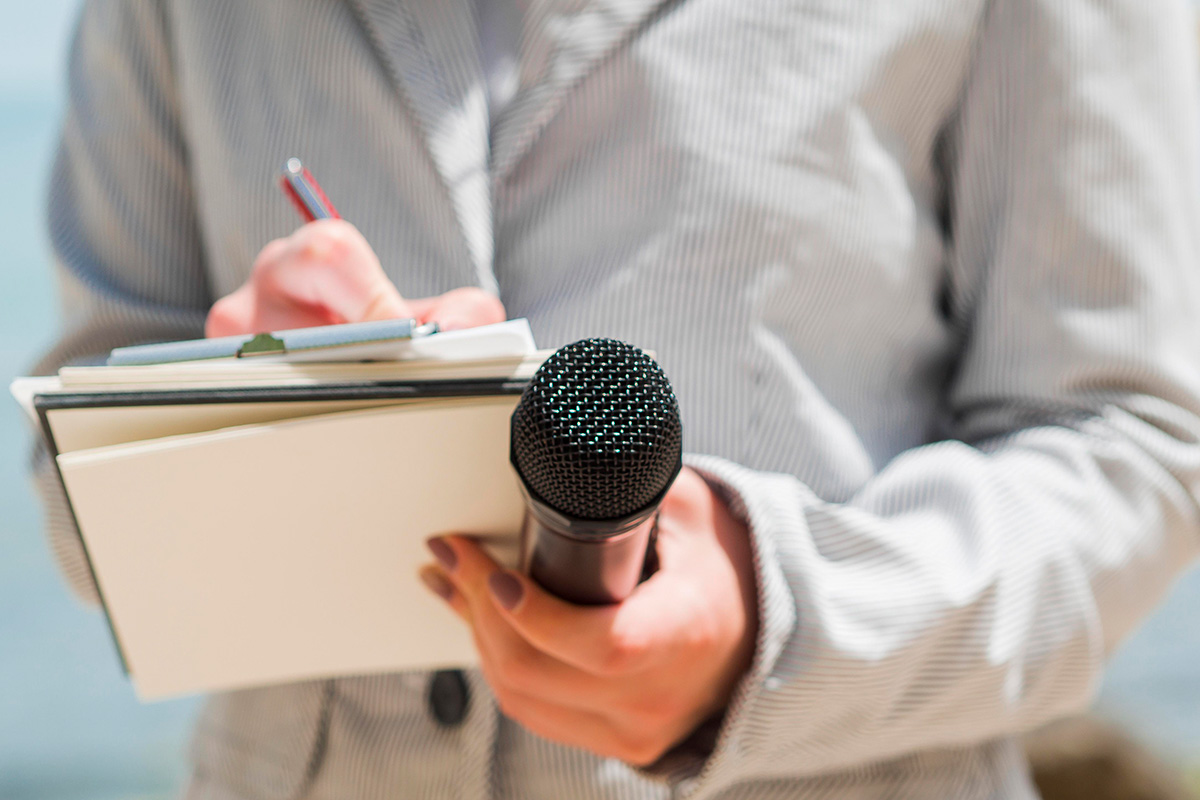 The COVID-19 pandemic has disrupted patterns of behaviour, stressed established institutions, fractured economies, and radically altered the lives of people across the globe. By their very nature, federal states, with the constitutional distribution of power between two or more orders of government, react to the shock in more complex ways when compared to unitary states. While in most federal countries the constitutional power to deal with national disasters or emergencies resides with the federal government, the delivery of health services is often the remit of constituent units, such as states, provinces and cantons, as well as local governments. Thus, responding to the public health and economic crisis brought on by the pandemic has required policy interventions across all orders of government. This has necessitated unprecedented levels of intergovernmental interaction and coordination between all orders in a federation. In the spring of 2020, when country after country virtually shut down its economy, it was the national government that possessed the clout and the reach to take the measures necessary to support citizens and businesses through the sudden and unexpected collapse of economic activity – and, in many cases, to support the states and cities as well. Sub-national governments, typically, did not have the fiscal capacity or the economic-management tools that were needed to respond, quickly and massively, to the human and economic impact of the pandemic. What impact has this had on federalism? Has the management of COVID-19 in the early stages pushed federations to centralize or decentralize?

Scientist and Professor at the Free University of Berlin, Germany

Degefa Tolossa Degaga is a Professor of Geography and Development at the College of Development Studies (CDS). Addis Ababa University, Ethiopia. 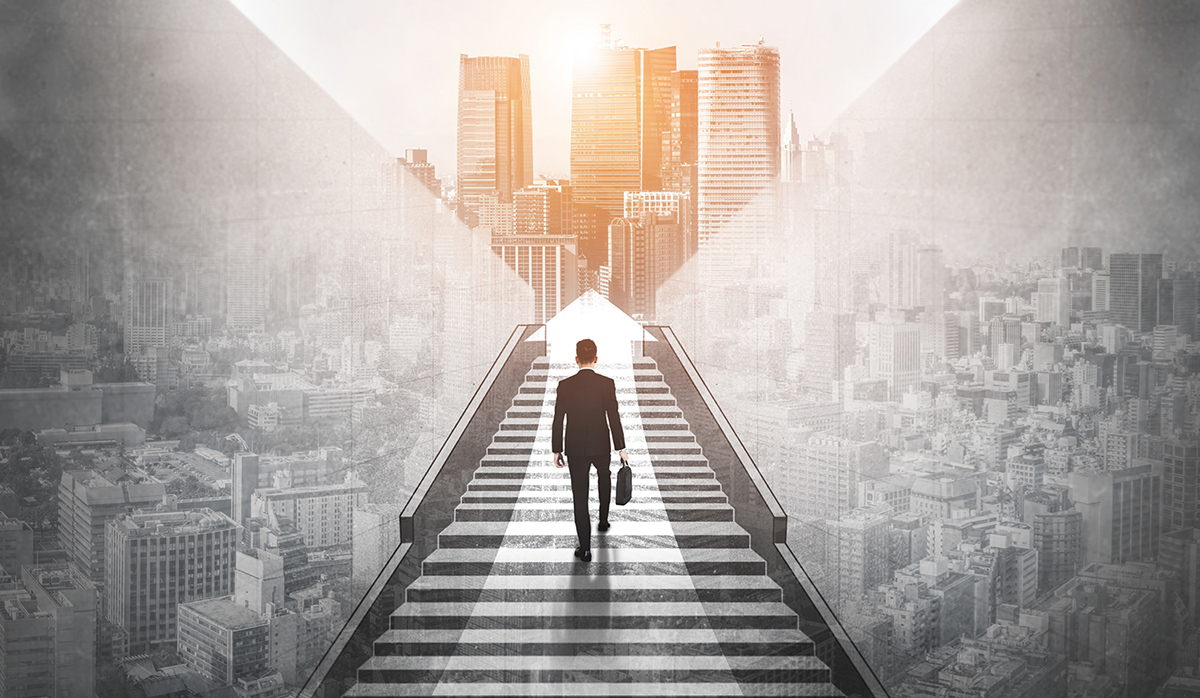 The mission of the Forum is to strengthen inclusive and responsive governance, including pluralism and gender equality, in federal, decentralized, and transitioning countries.